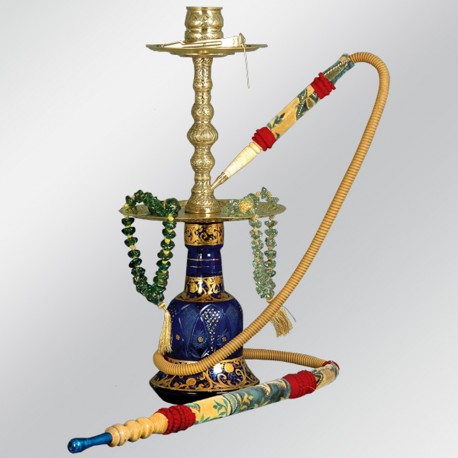 The nargile , or Turkish water pipe, has for centuries been an icon of Eastern cafe culture. The nargile partially filters tar and particulates from smoke, in addition to cooling it. Also called a hookah or hubble-bubble, the nargile became popular in Turkey during the 1700s, at the height of the Ottoman Empire, and by the 19th century its pleasures had been discovered by European high society.