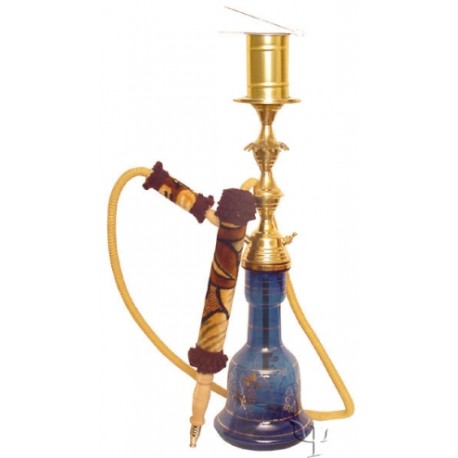 The nargile , or Turkish water pipe, has for centuries been an icon of Eastern cafÃ© culture. By forcing tobacco smoke through water, the nargile partially filters tar and particulates from smoke, in addition to cooling it. Also called a hookah or hubble-bubble. Â The color of the bottle will be same however decoration on the bottle might be different.